Koh Samui is a comfortable island in Gulf of Thailand, with picturesque nature, variety of beaches and well-developed infrastructure.

The international airport of Samui island receives flights from Singapore, Malaysia, Hong Kong and other major Asian cities. In the nearest time the new flights from Japan and Korea are planned. Only from Bangkok about 20 flights run daily.

Mild climate appeal tourist from around the world summer and winter alike. That is why there is no “a dead season” on the island. Usually there are a lot of tourists on the island, thanks to which there is a stable demand for rent of quality realty. 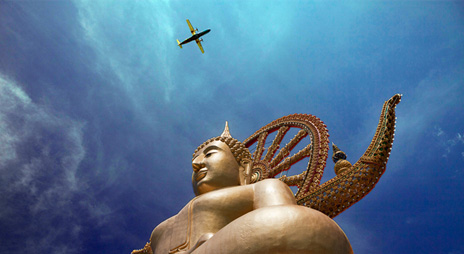 In recent times Samui received a status of the city, what will significantly increase investments in the infrastructure. For example, Central Festival, a large shopping mall with many boutiques and restaurants was opened in March 2014. In years to come, the development of the region with numerous mooring berths, road expansion and further infrastructure upturn of Samui is planned according to the island’s general layout. A huge shopping mall Central Festival will be ready for exploitation in March 2014. The intensive investments in Samui from the royal family and international investors will lead to the real estate price rise at least to the level of Phuket (30-40%). Above all, the objects within walking distance from maintained beaches as Ban Tai will be mostly appreciated.

Koh Samui boasts one of the highest concentrations of five-star hotels in the world. There are all the major globally renowned hotel operators (Four Seasons, Conrad, Banyan Tree, Anantara, Intercontinental and many others). In addition to the stunning beaches and beautiful nature Samui has many restaurants, beach clubs (Nikki Beach Samui, Beach Republic, Dreamers, etc.), bars and nightclubs where you can relax in the evening.

One of the main advantages of Koh Samui is its safety from tsunamis. When Phuket, Phang Nga and Krabi suffer from natural disasters, Samui, protected by the mainland is safe and calm. 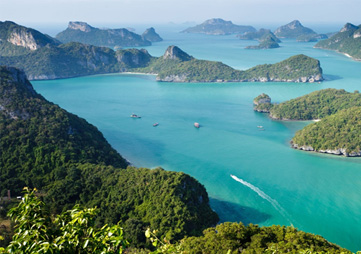 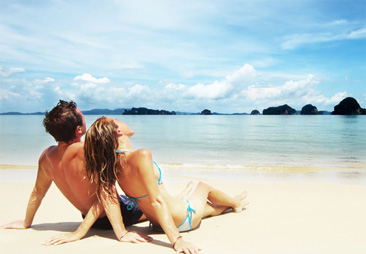 Why come to Samui?

A big choice of seaside hotels and accommodations

Gulf of Thailand without dangerous sharks and tsunamis

Suitable for holidays of any type and budget